Towards an Adaptive Organisational Culture 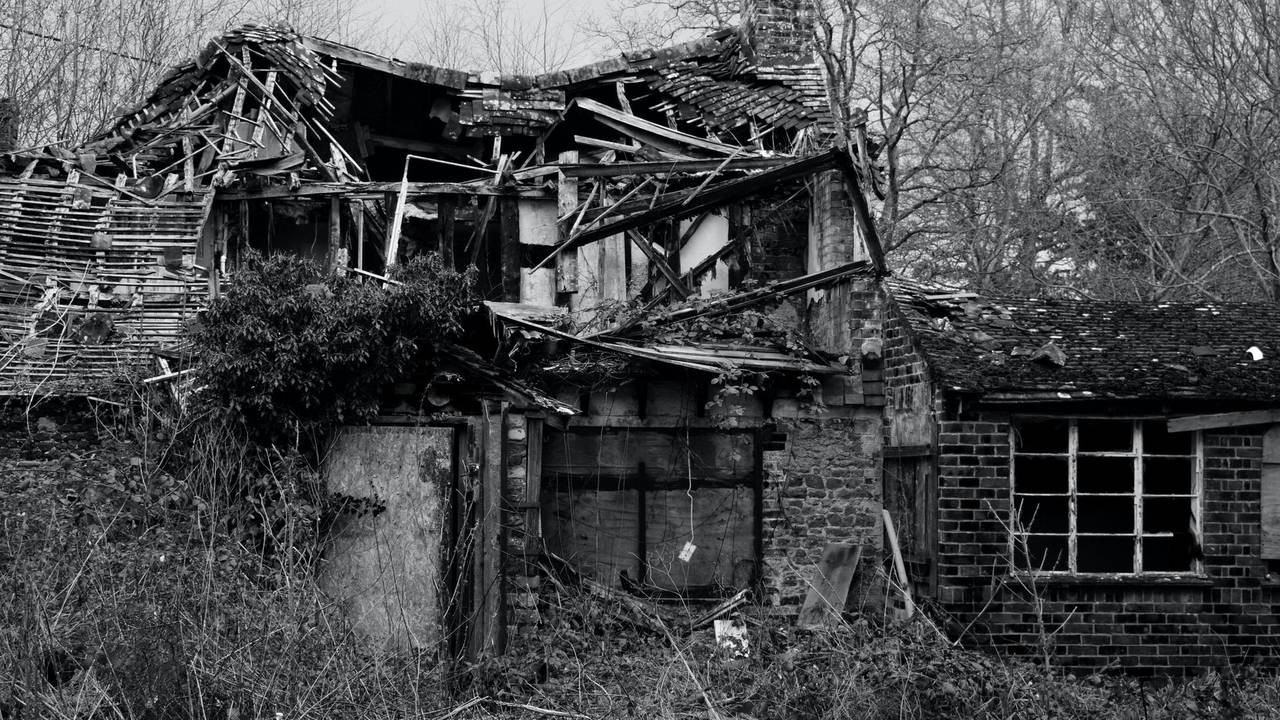 As the world reverberates with the shock of the pandemic, business leaders are becoming more attuned to the importance of human behaviour within their organisations.  Some employees have been more productive and engaged working from home than they ever were in the workplace. Others, notably women with young children, ethnic minorities, and people under the age of 25, have struggled with their wellbeing. This dispersed, hybrid workforce is also impacting organisational alignment.

The complexity of these challenges poses questions about what future leadership practices are required to ensure that organisations develop adaptive, future-ft cultures.

Although it has fallen in and out of fashion, culture has been the main organisational alignment tool for the past 40 years.

What type of culture is needed to enable high-performance hybridity and employee wellbeing, which also keeps organisations aligned and prevents unethical behaviour?

The Promise of Culture

We didn’t always think of organisations as having cultures. When Elliot Jaques introduced the concept in 1951, it was ignored. It didn’t grab anyone’s attention until the late 1970s.

At the time, US organisational systems seemed completely broken. Misalignment was rife, with many US companies experiencing huge tensions between strategy/finance, operations and development. Industrial action was rising. Innovative products were in short supply. Strategic thinking was painfully conservative.  Drained of confidence, US leaders had no answer to the high-quality, cheap, market-impacting products coming out of Japan.

The US management consulting methodologies of the time had no solutions. Something completely different was required if these disparate elements were to be glued back together.

At the same time, McKinsey was looking to re-establish its intellectual dominance of the consulting market, which it had lost to Boston Consulting Group’s introduction of strategic consulting in the mid 1960s. Although it arrived almost by accident, culture seemed to be the answer.  It melded three visions of organisation under a culture umbrella. This included Scandinavian and American flavours (McKinsey’s Operational Excellence team - Tom Peters and Robert Waterman) and a Japanese flavour (Art of Japanese Strategy team - Richard Pascale and Tom Athos).

These insights combined into the Soft Ss (Staff, Style, Skills) of McKinsey’s soon to be famous 7S model.

Initially, the hard and soft Ss were glued together by Athos’s concept of Superordinate Goals, which are goals that are worth completing but which require two or more social groups to cooperatively achieve.

It quickly became clear that this wasn’t catchy enough.  A different S was needed. Over a two-day meeting, McKinsey came up with Shared Values. Soon, the idea that the shared values of strong cultures were central to organisational success became embedded in the management lexicon.

The combination of McKinsey’s drive to regain the intellectual dominance of the consulting market via the 7S model, the emergence of an exciting American high-tech version of organisational culture, and the rapid improvement in the US economy under evangelical favourite Ronald Reagan, ensured the success of “strong culture''.  This was tested in the dotcom crash, in which many strong culture high-tech superstars failed. As a consequence, research into the efficacy of organisational culture pretty much ceased.

Now that alignment is once again a problem, leaders are turning back to culture as a behavioural lever for COVID-impacted, hybrid work.  This decision needs to be informed by the promises and risks inherent to this approach.

The Complexity of Culture

The culture movement of the 80s and 90s delivered a new organisational language.  The hard number-driven approach of US consultants was replaced by a “soft and fuzzy” linguistic turn in which evocative language and colourful stories, and how they impacted the heart and soul of employees, became central to organisational alignment.

While the cultural school initially came out on top, over time numbers and stats won out.  The richness of the linguistic-cultural model has been undone by a renewed focus on fit, measured behaviour, and compliance.  This has drained the culture movement of its energy and created a paradox for those trying to ensure fit while delivering diversity.

Other tensions have also become apparent.

Developed employees tend to have the following reactions when observing the gap between the simple cultural rhetoric and the complex cultural reality.

This is not evidence of disengagement, but the inevitable impact of trying to design a simple set of core values that everyone will share in a complex and diverse organisational environment. It is an impossible task because such a set cannot reflect the far more complex lived experience of every employee.

In exploring this complexity, the most robust analyses of culture illustrate how three perspectives co-exist within the cultural whole.

The key to enabling such multi-faceted inspiration lies in the practice of culture. This, too, has three dimensions.

Adaptive practice is already central to high performance teamwork. The Agile Method facilitates dynamic and diverse sense-making in teams. Psychological safety enables contestations and disagreements to surface without fear and anxiety. Research indicates that teams that master these practices become 60% more productive and 60% more responsive to customer input. Culture has not caught up. The gap is clear, with 70% of these high performing teams reporting increased tensions between them and management.

For a culture to be fit for purpose in digitally transformed hybrid workforces, it has to enable this adaptive agility across the organisation.

The Future of Culture

Teamwork has been dramatically reimagined over the last twenty years. The same cannot be said for culture. As COVID illustrates, the world is becoming increasingly unpredictable. The pace, complexity and volatility of change means that there simply isn’t time for information, data and insights to work their way up a hierarchy, be explored, debated, developed into plans and rolled out before the world has moved on and rendered them obsolete. 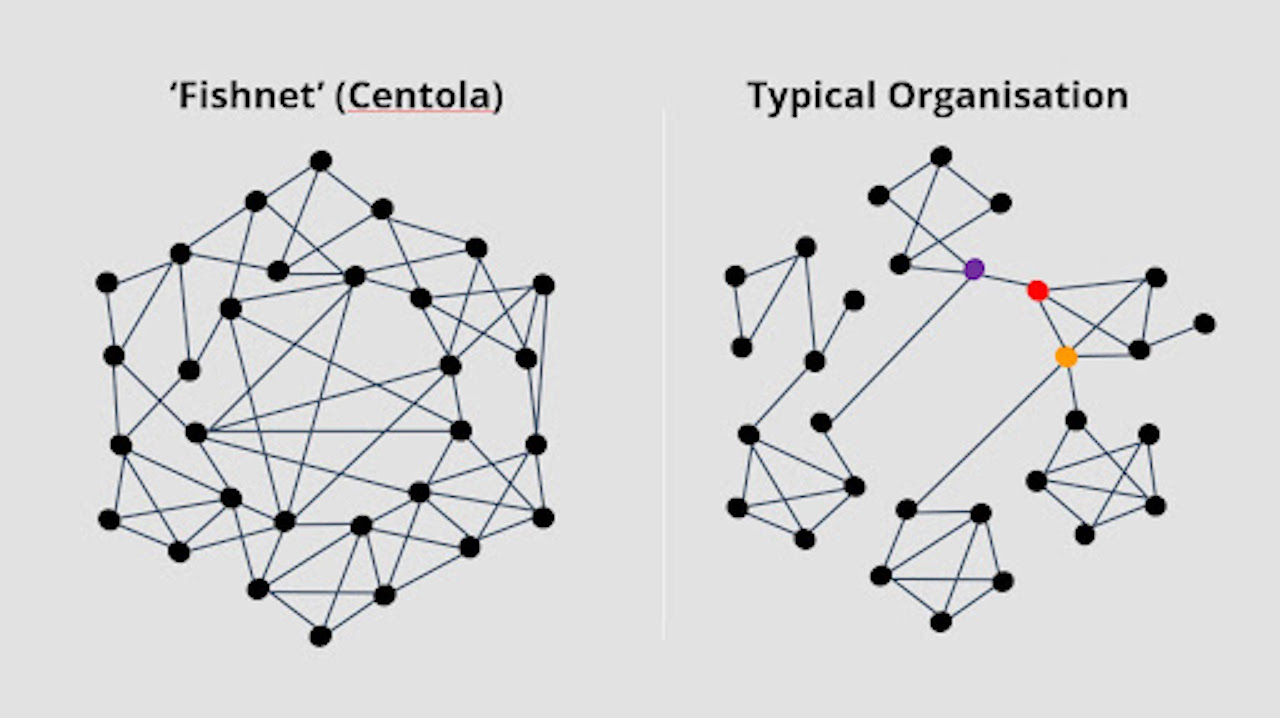 Figure 1 - Value creation networks with a) wide bridges - the ‘fishnet’ form on the left, and b) network bridging constraints due to the impact of key influencer mindsets on the right.

Startups automatically generate this kind of culture by building wide bridges of multiple linkages of cross-functional interconnections across the value-creating network. These encourage collective sense-making, decision-making and action-taking to naturally emerge, flourish and evolve.

As Figure One illustrates, while it is natural for this kind of culture to emerge in startups, it gets smothered, stifled and strangled in larger established organisations. This is because of a small number of key influencers.  These are not necessarily people in the most senior positions but those whose mindsets, attitudes and behaviours have far-reaching systemic effects on the organisation’s culture. 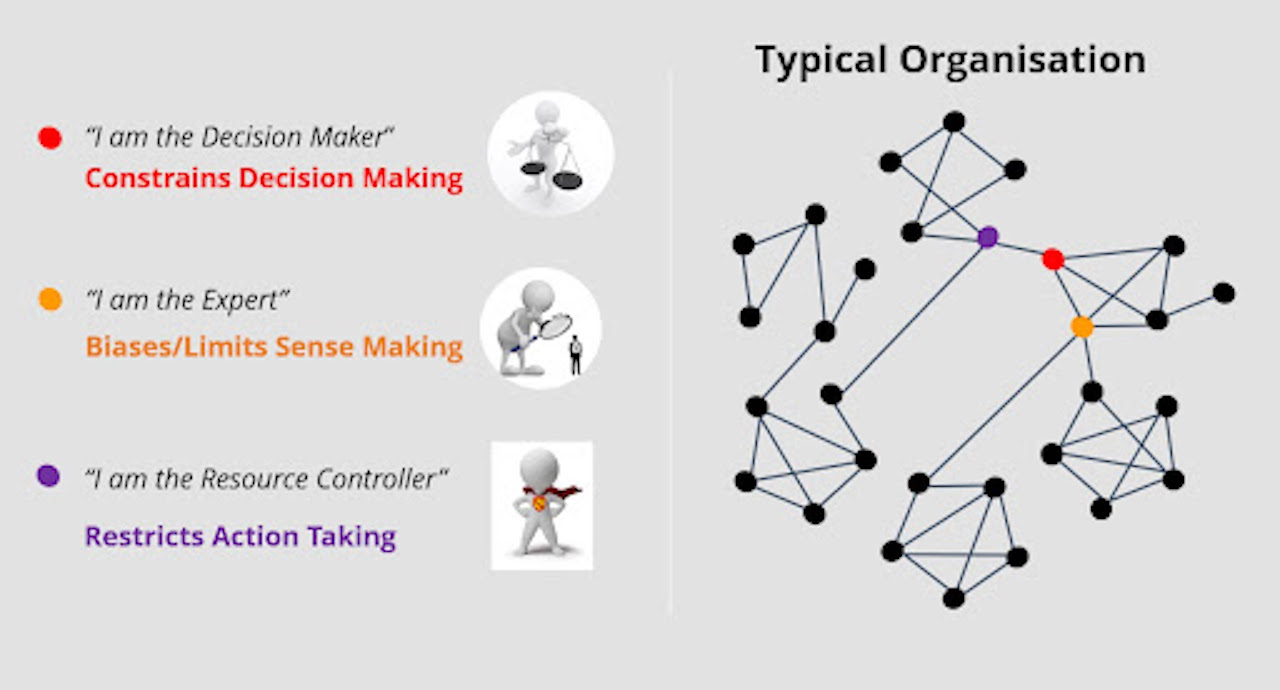 Adaptive cultures only flourish if these key influencers enable rather than block sense-making, decision-making and action-taking.  Damon Centola’s research on cultural transformation shows that the complex contagion of new mindsets, attitudes and behaviours of a future-fit, adaptive culture only propagate when people encounter repeated reinforcements from many people in their network of value-creating relationships. This cannot happen if key influencers perform a blocking function that prevents this type of interaction.

“I am the decision maker”:

“I am the Resource Controller”:

When key influencers are helped to broaden their mindsets, they no longer constrain the emergence of the wide bridges at the heart of an adaptive, future-fit culture.

Wide bridges are the foundation for the tightly coupled, embedded, distributed, iterative sense-making, decision-making and action-taking required for the organisation to thrive in an increasingly uncertain and unpredictable world.

Wide bridges will ensure those working from home are just as much part of meaningful organisational dialogues as those working in the office. Active, wide scale involvement in sense-making will bring wellbeing benefits, as employees will a) be protected from social isolation by these ongoing and meaningful dialogues, and b) find agency and purpose in their activities, which massively correlate with wellbeing.

Finally, wide bridges lead to greater openness and transparency of communication, which ensures that unethical conduct is far less likely to take root and spread.

Geoff Marlow is an EQ Lab Global Faculty member with 35 years’ experience helping organisations throughout Europe, Asia and the US to create future-fit cultures. He has served on the Global Leadership Team of Peter Senge’s Society for Organisational Learning and with former UK Foreign Secretary Lord Owen on the board of anti-hubris charity The Daedalus Trust.

This article has been adapted from the Adaptive cultures: Enabling high-performance hybridity and employee wellbeing article published by the Governance Institute of Australia to support the Culture is a Risk presentation t their annual conference.