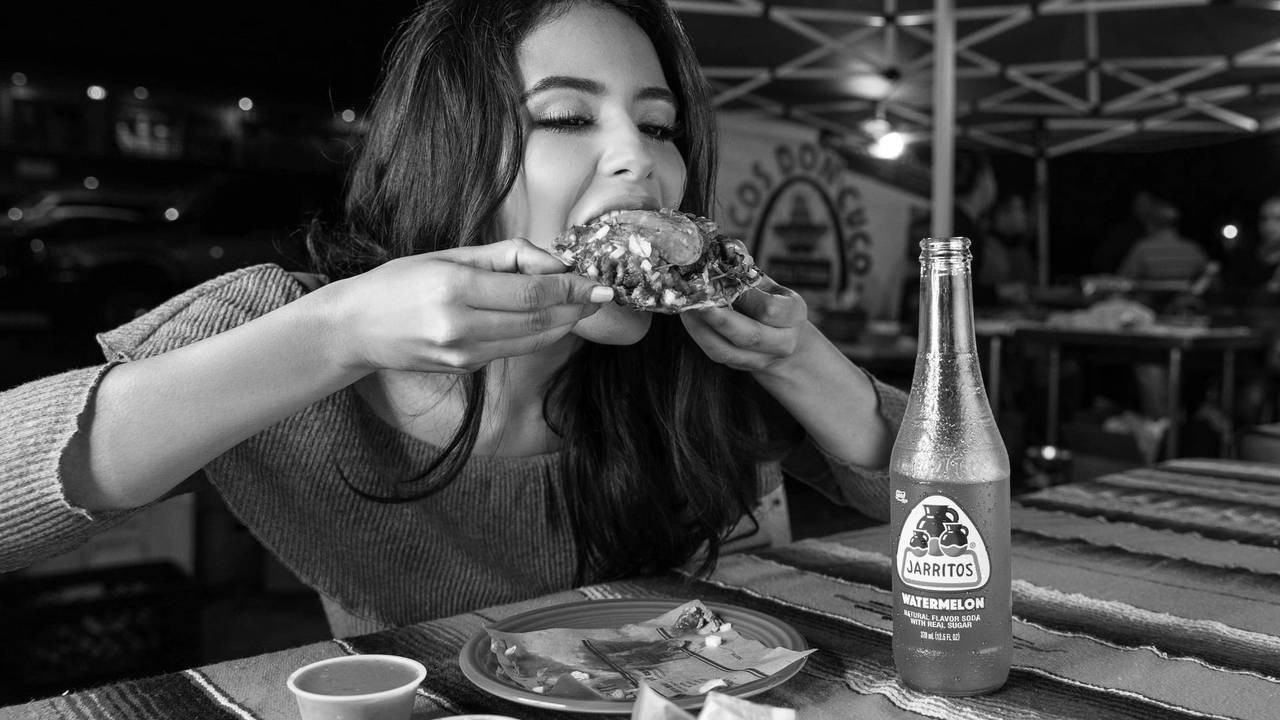 Peter Drucker once said, "Culture eats strategy for breakfast". Or maybe it was lunch? Perhaps even dinner?

It is, of course, apocryphal. Ducker never said it. It has been repeatedly misattributed to him for years. The only person we know for sure that wrote it was Mark Fields, of the Ford Motor Company, in 2006. Because he stuck it on his office wall and people saw it there.

But what does it mean? Was it relevant when Drucker supposedly said it? And is it still relevant now?

Answering these questions is important. To explain why it's important, I'd like to turn to Jeffrey Rothfeder's incisive article on the Volkswagen scandal. In it, while paraphrased slightly, he writes:

For decades, Volkswagen has practiced a management style that imposes rigid goals and punishes middle- and lower-level employees who are unable to keep up with the pace. Executives formulate bold strategic objectives and timelines, with little input from others. Rank-and-file employees, pressured by the expectations placed on them, try to deliver at all costs. Intimidation at every level, which creates a borderline, or sometimes over the borderline, unethical culture.

The temptation is to blame this bad, unethical culture for VW's problems. But it's a temptation we should resist. The ONLY thing to blame is strategic management. Which eats good culture from the top down.

In this article, I will illustrate how and why strategy has killed, eaten and spat out culture.

I will be deliberately polemic about strategic management. It has become so pervasive and dominant, that a bit of polemic won't hurt it. Might even be good for it.

I will explain how culture went from a genuine contender to strategy's throne to make weight people-pleaser.

Before We Begin | A Little Bit of Management History

Strategy came before culture. There's no chicken and the egg about this. The Boston Consulting Group, the original strategic consulting firm, was founded in 1963. Drucker wrote his first book on strategy, Managing for Results, in 1964, although had implicitly talked about strategy ten years earlier. Ansoff's Corporate Strategy was published in 1965. Michael Porter's seminal work in 1979-80.

In contrast, the strong culture movement started in the late 1970s-early 1980s as a response to a perceived strategic advantage of Japanese companies. This advantage was the hard-working, loyal commitment of the workforce, which was contrasted with the more resistant and individualistic American worker.

While it is almost impossible to talk about organisational life without mention of culture nowadays, it has suffered a relegation from this initial high point. In the 1980s-90s, it was seen as a strategy in itself. A way to beat the Japanese. For some companies, notably Zappos, Southwest Airlines and Nordstrom in the USA, culture is still strategic. But, for many, it has become tactical. Not something to be lived, but something to be planned and managed.

Why is this a problem? Have you read the figures about historical levels of disengagement and loss of trust in leadership? The disjunction between a company's espoused values and how it actually does things causes operational dysfunctionality. And in an age in which access to emergent, employee-driven, real-time data is perhaps the major competitive advantage, this kind of dysfunctionality is hugely problematic.

Strategy has actually eaten culture. The degree to which senior level executives trust in strategic decision-making is incredible. This is in contrast to how little they worry about culture. Meaning, they pretty much don't. Ever!

How and why did this happen? Has it caused problems? And if so, how can we solve them?

Let's have a look.

Strategy | 1810, "art of a general," from French stratégie (18c.) and directly from Greek strategia "office or command of a general," from strategos "general, commander of an army," also the title of various civil officials and magistrates, from stratos "multitude, army, expedition, encamped army,"

The language of strategic management includes things like tactics, plans, goals, assets, resources, risks, milestones, deadlines, and execution. These are either military terms or refer to acquiring new boundaries, land or wealth.

Take the etymology of deadline for example. Coined in the American Civil War, the below quote is the first usage:

On the inside of the stockade and twenty feet from it there is a dead-line established, over which no prisoner is allowed to go, day or night, under penalty of being shot.

Or milestone, which came from markers in Ancient Rome for use by the troops to track their progress.

Militaristic, strategic management is the mainstay of MBA education. Learn how to plan business and organisation. Not necessarily how to do it. But how to plan it. And it's getting more and more influential. It's the best game in town.

Strategic management thinking is informed by one metric. Winning = excessive profits. That's it. Nothing else. Nada. Zip. So long. Good bye.

There are four main tactics to strategic management.

Planning: There are many theories and ideas around the notion of planning, They involve complex process diagrams. Detailed spreadsheets. Wordy documents. And lists. Lots and lots of lists. I mean, really a lot of lists. As Matthew Stewart writes,

Ultimately, strategic planning is a fancy way of saying, "think about what you're going to do, then do it".

Diversification: This is the risk mitigation element of strategic management. It means you try to occupy as many different territories as possible. Which reduces exposure to any particular asset or risk. Meaning you stay alive even if one territory falls.

Game Theory: Or protecting your flanks. This means putting up barriers to market entry for potential competitive threats. Stopping possible uprisings before they can cause existential trouble.

And then there's culture. Which was once strategic. But is now increasingly tactical. Used as a way of gaining advantage by reducing costs but maintaining workloads.

Organisational Culture as a Tactic of Strategic Management

Culture undoubtedly competed with strategy for importance at senior executive level for a while. Certainly in the 1980s. Perhaps even into the mid-1990s. But it doesn't anymore. Instead of being a strategy in itself, it has become relegated to a tactic of strategic management.

When culture was strategic, the aim was simple. Design a good culture and you'll get hard-working, motivated and loyal employees. They'll love their jobs and love the company. Products will improve, profits will surge, quality of life will increase, and everybody will be happy.

It soon became apparent that designer cultures didn't work. You couldn't pack people into a beautifully designed box and have them all behave the same way. Cultures are dynamic and fluid. They change as people change. It doesn't happen the other way around. So top-down culture management was never going to work.

And then came the obsession with culture change. This added further organisational pathologies to the mix.

Senior executives know that designed culture hasn't worked as a strategy. But they pay it lip service. Espouse values that they fail to heed themselves. Why?

Firstly, because culture is the people mobilisation tactic of strategic management. And you need people to operationally deliver your strategy. At least, at the moment.

Secondly, because it's been such a successful pop-theory. People genuinely believe that culture should give them meaning. That it is the glue that holds the organisation together. It's a fantastic way to get people to work hard for less money. Sell them a great culture and get them to commit their souls.

Even the one-time culture gurus have stopped pushing designed culture. Told their devotees that power no longer resides in the culture but in the person. You have the power to do anything. Just have a positive attitude and a bit of gratitude. Be your true self, search for your passion and you can achieve anything.

This still works as a tactic for strategic management. It might even be a complex solution to the problem of culture. For those that want a culture to believe in, give them that. For the bothered, bewildered and broken-down, you can believe in yourself and still work hard.

The result of both tactics is the same. A ready flow of people believing they can do anything if they work hard. It doesn't matter if they don't believe in their leaders and managers. As long as they believe in themselves.

So, why did Peter Drucker say what he did? Even though he didn't!

It's probably true that Drucker moved in this direction. He was a complex mix of ego and ethics. He wanted to be a big name in management thought. And he wanted to deliver organisations that were socially relevant and ethical in practice.

His turn from strategy to culture achieved that. He could compete with Tom Peters and his ilk. Buy into the idea that organisational culture would deliver happy employees and a hi-tech, ethical society.

Shame that it didn't. So, now what do we do?

The management of the 21st Century organisation is dominated by theories dreamed up in another era. Strategic managers are supposed to plan 1-5 years ahead. Cultural theories were based on replicating homogeneous national cultures in organisational environments. These don't work anymore. The world is no longer that black and white (if it ever was).

Culture is actually dying, at organisational and national levels. To be replaced with a naturally diverse, pluralistic social form. Its death is producing the same results everywhere.

We can't hold onto a dying cultural form. We live in a rapidly changing world of highly mobile, pluralistic societies. Learning how to cope with and mobilise that reality is vital.

If organisational culture continues to be a strategic tactic, I don't see much hope. The record levels of disengagement will get worse. Fear, anxiety and bewilderment will be commonplace. We'll see broken down people everywhere. It will be dystopian and brutal.

The solution is to repower culture. Not in its original top-down designed form. Not as a method of getting people to behave a certain way, or work hard, or be loyal. But as a partner to and method of informing ongoing organisational strategy. A culture-strategy.

What does this mean and what do we need to do?

I think we have reached a tipping point. The strategy culture divide is blatantly apparent at all levels. In society, the political elites plan and culture suffers. In organisations, the senior team plans and culture suffers. We will either reach out for the new way of doing business or rush headlong down a divisive and painful path. And whatever dystopia that brings.

So let's avoid it.