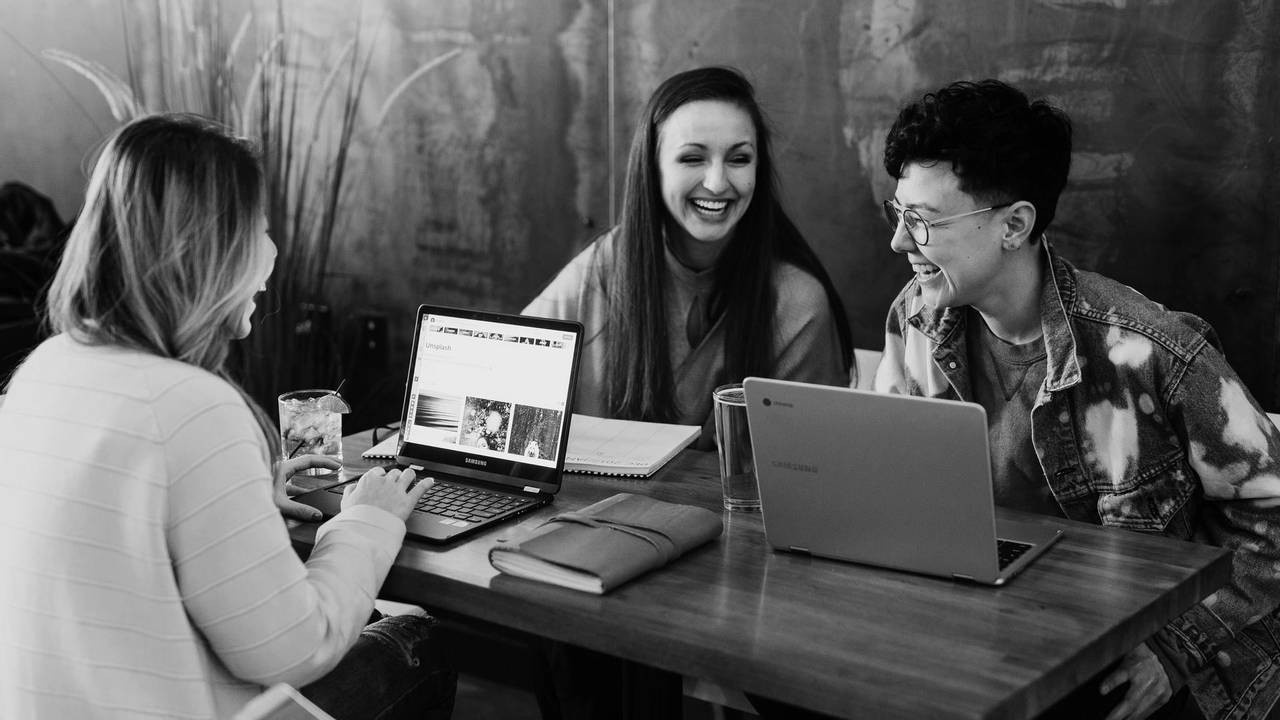 Rather than asking ‘what has made this person ill’ in order to determine a treatment, salutogenesis asks ‘how can this person be moved towards greater health?’.

The idea behind it is consistent with the World Health Organisation’s characterisation of health as “a complete state of physical, mental and social well-being and not merely the absence of disease and infirmity.” While it doesn’t suggest that we shouldn’t treat disease and illness, it does say that treatment,  including preventive approaches to disease, is inadequate to the goal of achieving and sustaining health.

The central notion in salutogenesis, the fundamental to moving people towards health, is the Sense of Coherence.  This comprises three elements: Comprehensibility, Manageability and Meaning.

In simple terms: when people understand their circumstances and find what happens around them to be consistent with that understanding; they believe they have access to the resources (whether their own or from others) needed to achieve what is required; and they are able to see the demands upon them as worthwhile challenges to engage in, they are better able to cope with stressors from wherever they arise (physical, mental, emotional, spiritual, social, environmental) and sustain health and performance.

Salutogenesis already has many proponents in healthcare.  In the wider organisational world, far less so because of a lack of attention.  Nonetheless, it is a well-established concept.  Its first proponent, a medical sociologist called Aaron Antonovsky, began examining it in a 1979 book, Health, Stress and Coping.  Since then, it has continued to be researched, developed and applied to contexts beyond healthcare - including work.

It reaches further back still.  Anyone familiar with Viktor Frankl’s work from ‘Man’s Search For Meaning’ may recognize the thesis. Much of Antonovsky’s early work was influenced by Frankl. For those who’ve read Jim Collins’s Good to Great, his story of the Stockdale Paradox has deep similarities.

Everyone else may recognize the connection between ‘sustaining health and performance’ as a fairly close approximation to what we describe as well-being, particularly in the workplace context.

What if we applied the salutogenic model to workplace well-being?

If we want our employees to have the cognitive ability, flexibility and agility needed to solve complex problems and collaborate effectively (whether face-to-face or remotely) as well as being able to develop and apply qualities such as critical thinking and creativity, we need to consider what we can do to enable those abilities to flourish and thrive.

As outlined in Work is Killing Us, The Diseased Organisational Experience, and Work Sucks!, the evidence suggests that we are currently moving in the wrong direction, and this is having a  significant negative economic impact, not only in terms of the cost of fixing these problems but in the lost opportunities for enhanced performance, so it makes sense to create a Sense of Coherence in the workplace.

Can we do this, and if we do, will it improve the health and well-being of our employees?

Let us consider the issues:

The obvious place to start is workplace stress.  We are NOT trying to suggest its elimination.  Plenty of evidence supports the notion that some level of stress, and even some ‘spikes’ of increased stress, are beneficial to performance for individuals, teams and organisations.

But if burnout, addiction, anxiety and major depressive disorders, self-harm and worse is at one end of the spectrum - let’s call it the ‘diseased’ workplace - then surely it must be worth considering how salutogenic principles might improve things. Could they help move people towards the ‘healthy’ other end of the spectrum, where sustainable high performance (particularly cognitive performance), agility, adaptability, and the ability to cope with stressors is the potential reward?

Of course, since Covid became such a dominant force in our global existence, there has been an extraordinary flourishing of activity directed towards tackling this challenge.  We are inundated with advice on how to become more mindful, resilient, better able to cope; HR departments are bombarded with offers of workshops, mindfulness lunch-and-learn sessions, resilience offsites and executive coaching programs, online yoga and so forth.

Many of these are not in themselves bad. It is certainly preferable to have them than not.  But rather than promoting health and wellbeing in the salutogenic sense they are still in the realm of preventive actions.

Most of them will improve the resilience of individuals, enabling them to better cope with stressors, and an individual manager who is better able to cope with stressors is likely to have a more positive effect on their team’s performance.  It might even increase the Sense of Coherence among the team and improve other qualities such as psychological safety, learning, and collaboration.  All good outcomes.

But as the data referenced above suggest, the return on investment is poor.  These piecemeal interventions are not addressing the fundamental issues that cause work to produce such detrimental human effects.

Equally, large-scale initiatives to optimize the physical environment, while looking good and even producing positive spikes in engagement and net promoter scores, too often fall short of creating a sustainable improvement in employee wellbeing.

Let’s try to apply a salutogenic framework to this discussion, to see what is already being done, and what more we might do to improve employee well-being.

Comprehensibility.  What is the outcome we are trying to achieve? What would a salutogenic organisation look and feel like?

Manfred Kets de Vries argues that workplaces could be ‘authentizotic’ - perhaps salutogenic was not hard enough to pronounce for his liking! - in that they could be “places where people find a sense of belonging (whatever their background), a sense of enjoyment (which promotes innovation and creative thinking) and a sense of meaning (where people can put their imagination and creativity to work on challenges that feel worthwhile to them)”.

Google’s Project Aristotle points to the (at the time) surprising role of psychological safety in contributing to sustainable high performance from teams.  A group of salutogenesis researchers at the University of Zurich point to the importance of systemic interventions at the individual, group and organizational level, and the need to monitor, tune and optimize workplace practices in line with a salutogenic intent.

So a salutogenic organization is one where the experience of work creates and sustains high performance from individuals, groups and teams, restoring as well as depleting the cognitive, emotional and behavioural energy deployed in the service of organisational outcomes.  A place where people - of whatever background - can do and be their best on a consistent basis, and are rewarded and recognized for doing so.

Manageability:  How can organisational leaders tackle this?

There is a parallel here with the words of the sadly recently-departed Sir Ken Robinson, who, when asked how organisations and education systems could improve innovation, responded by saying “it’s less a question of starting it, and more one of stop stopping it.”

Three points can make this transformation of work manageable:

Meaning:  How can we frame salutogenesis as a challenge worth engaging in, rather than an insurmountable problem?

The challenge here is less one of ‘how to make workplaces salutogenic’, and more one of ‘what kind of changes are needed in workplaces in order to create organisations that can win in the future of work?

The hypothesis that underpins the salutogenic model for work is that “high mental job demands in combination with a high degree of control and support will lead to increased learning, motivation and a feeling of mastery.” and that these qualities are the essence of performance in a knowledge economy.

Job demands and stressors are a reality in all workplaces, just as bacteria, viruses, parasites, genetic and lifestyle-related disorders are a reality of all human existence.   The argument of salutogenesis in health is not to make diseases go away, but rather to promote practices that will make it less likely that people succumb unnecessarily early to disease.

A salutogenic workplace would still have job demands and stressors but these would be reframed as challenges and sources of fulfilment and energy at work.  The cognitive abilities of employees would be harnessed in the rewarding work of solving meaningful challenges, rather than in mitigating the debilitating effects of workplace toxicity, a weak sense of coherence and low psychological safety.

Now for the hard stuff. What about the bottom line?

The benefits lie in performance, in reduced hard costs on healthcare and lost work days, and in reduced ‘soft’ losses through presenteeism, sub-optimal performance and poor engagement. As we discussed in Work is Killing Us, that is a significant amount of money - circa 16.6% of payroll on absenteeism, and, in the US, many trillions of dollars in healthcare costs and lost productivity.

Here are a few more potential costs (all figures relate to the US economy):

In a July 2020 report: Prioritizing Health: A prescription for prosperity, McKinsey suggests that health contributes as much to income growth as education - not in developing economies, in advanced economies.   The impact of Covid-19 is forecast to produce a reduction in global GDP of between 3 and 8 percent.

Workplace salutogenesis will not be the universal panacea or even palliative for these impacts.  But in creating and sustaining environments in which human cognition is most likely to thrive and be applied to its best, it does seem reasonable to suggest a causal relationship with the economic output of organisations competing in a knowledge-based economy.

Blog: Is salutogenic design the next big issue for the workplace?