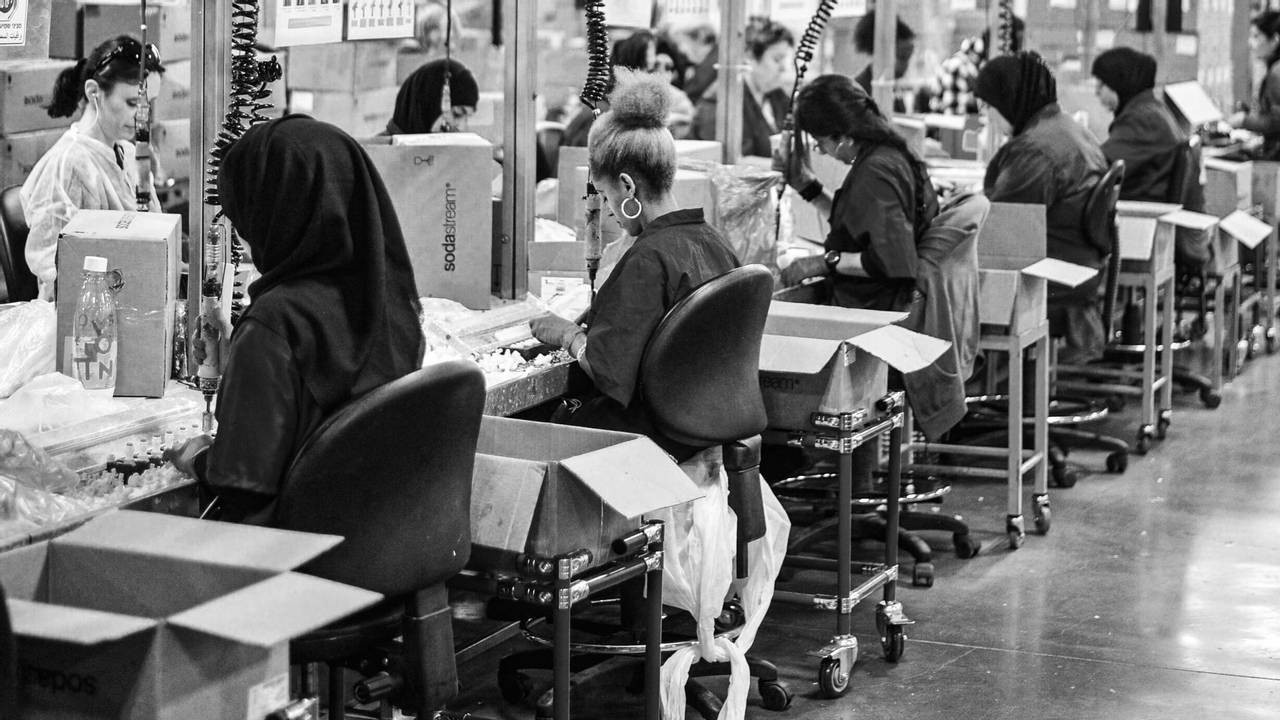 We are the most disengaged people in the history of work!

We are disengaged because of perceived poor leadership and bad management. The figures correlate quite well.

According to the various institutions working out these things, this costs the U.S. economy $860 billion annually. And that's a conservative figure. It might be as much as $1.06 trillion.

But what's $200 billion between friends?

Note, these figures only refer to the U.S.A. Globally, the figure would be in the trillions.

Things are slowly getting worse. We've become static. Locked into leadership, management and organisational theories and practices that have no place in a volatile, uncertain, complex and ambiguous world.

It's not really managers' and leaders' faults. They are generally decent people. But they've been trapped into following outdated ideas and theories. And we don't know how to get out of them. As Jeffrey Pfeffer writes,

The enormous resources invested in leadership development have produced few results. Estimates of the amount spent on it range from $14 billion to $50 billion a year in the United States alone.

So, what to do? It's a big task and some difficult truths need to be processed.

Why Are You Not Engaged?

We are disengaged because, having spent our lives studying, training, and learning, we aren't allowed to think. Everything we've done, for nothing.

Our performance is gauged via two things. Quantifiable measurements and emotional alignment.

Our IQ. Our EQ. Our personality. Our engagement.

I know people hired for expert levels of knowledge who fill out 15-minute increment timesheets. This is crazy. Good thinking is messy and happens in bursts. Timing it breaks concentration and prevents creativity.

With our knowledge and skills turned into timed drudgery, we supposedly engage through emotion.

We should love the company. Feel loyalty to the brand. Be passionate about our work.

This is managed through culture. We get hired for 'cultural fit'. Go through a range of psychometric tests to see exactly where we belong.

We get the joy of playing some foosball. Or table-tennis. Maybe even a few during work drinks. A bit of flexi-time. And a cool and trendy workspace.

This shows us that the company cares. And, in response, we care about the company. And its brand. And its products. And its leaders.

This supposedly drives engagement. But why? Why does caring about the company engage us? Neither we nor the company are loyal. We job hop. The company downsizes. Making this relationship warm and fuzzy belittles us both.

We should care about the work. That we are doing it as well as we can. That we are making a difference. No matter who we are working for. The rest? Irrelevant.

How did we get to this state of affairs? Bad theory, hopelessly biased assumptions and embellished marketing.

A Brief History of Disengagement

When Frederick Taylor first picked up a stopwatch, he simultaneously launched a search for a "first class man" to prove his theories. He found one extraordinarily physically resilient individual. Physically able while, in Taylor's opinion, almost mentally sub-human.

Taylor based all his evidence on the amazing physical prowess of this one man. No matter than nobody else he ever met could keep up with the pre-set measurements. Or that his techniques caused great unrest in the workforce.

He sold it to businesses, governments and management schools via exotically embellished stories that increasingly bore no relationship to what actually happened. Heroic myths underpinning an entire industry.

The “softer” correction of Elton Mayo’s human relations movement just made things worse. If Taylor was a bad scientist, Mayo was a charlatan of the worst order. His theory?

Worker unrest relates to repressed subconscious feelings caused by the workers’ personal history. If a worker became critical or restless, it was to do with some event in his past. Abuse by his grandfather. Bullying by his peers. Lack of affection from his mother.

It was never, ever the fault of managerial theories. As they were scientifically proven. Except, of course, they weren’t. They were embellished fictions.

Does that make you angry? Good. It should make you spit with fury!

What we have seen in the last half-century or so is the reimagining of these ideas for white-collar workers. Scientific management has mutated into strategic management. It’s still about a managerial class planning and measuring work. It’s just that the stopwatch has been replaced by lists, spreadsheets and the Gantt chart.

And Mayo’s ideas underpin the culture movement. If you are not enthused, full of purpose, loyal, engaged, committed and passionate, then there’s something wrong with you. You are not physically incapable, but emotionally incapable. As long as we hire “first class people”, then all will be well.

That’s where we are. Stuck in the decline phase of a century-long cycle of ideas that were pretty horrible in the first place. And expecting the creative, critical thinkers of today’s educated workforce to be engaged. Yup, ain’t gonna happen!

Today’s work is driven by the well-qualified, highly-skilled, experienced and educated knowledge worker. The work they do is complex and specialised. It is almost impossible for generalised management to fully comprehend it.

The competitive working environment is volatile, uncertain, complex and ambiguous. Management cannot predict outcomes and timescale or plan targets well in advance. They need to interpret emerging data and fluidly shift expectations in accordance with what they find.

Yet, we still find top-down, managerially controlled environments in which thinking driven by emergent data is perceived as criticism of management, resistance and evidence of a negative attitude. Thanks to these century-old, inherently flawed theories of management, we are unable to design organisations that enable knowledge-based workers to do what they supposedly do best.

If I want to find out what is actually going on in a working environment, I don’t talk to the happy-go-lucky bunnies. The by-the-numbers drone. Or those living the culture.

I find the cynics. The buffoons. The ironists. Why? Because critical thought in an environment of rigid power emerges through irony, sarcasm, humour and cynicism. These people are the frustrated enthusiasts who have seen good idea after good idea rejected by leaders obsessed with the next wave of consulting fads. They can show you exactly what needs to be improved and why.

And you know what. They have to because I can't. Their jobs are incredibly specialised. I’m just a management geek. I can’t possibly grasp all the nuances of every specialised role in an organisation. My job is to interpret their thoughts and ideas. Make them comprehensible to those planning strategic moves. So that the moves make sense. That I can do. That I am good at.

We need to encourage such people to have a voice. Stop it with all the demands for EQ, happiness, gratitude, and blind positivity. Let the critical voices have space to bloom and shine.

There is an increasing amount of evidence that enabling bottom-up employee driven emergent data is the future of work. The competitive advantage that everybody is frantically pursuing.

The three examples below all illustrate how enabling critical voices to have space results in phenomenal organisational performance.

We are beginning to see a wider application of such ideas. Everybody with a critical management background will appreciate how much an honest intervention can change perspective and performance. For anybody who’s participated in a design thinking workshop, the tangential elements of Google’s model will come as no surprise. For those involved with systems leadership and complexity theory, the way in which Bridgewater handles and interprets raw data will seem almost second nature.

But these ideas are by no means commonplace. I’ve been told by senior consulting personnel that they dare not explicitly sell such ideas because they are so challenging to executives. Senior people in companies that specialise in engagement (and do it well) explain how difficult it can be to explain it to others. Until it gets easier, I guess we’ll have to rely on the classically flawed method of testing engagement, the engagement survey.