Do you want dirty or clean consulting? 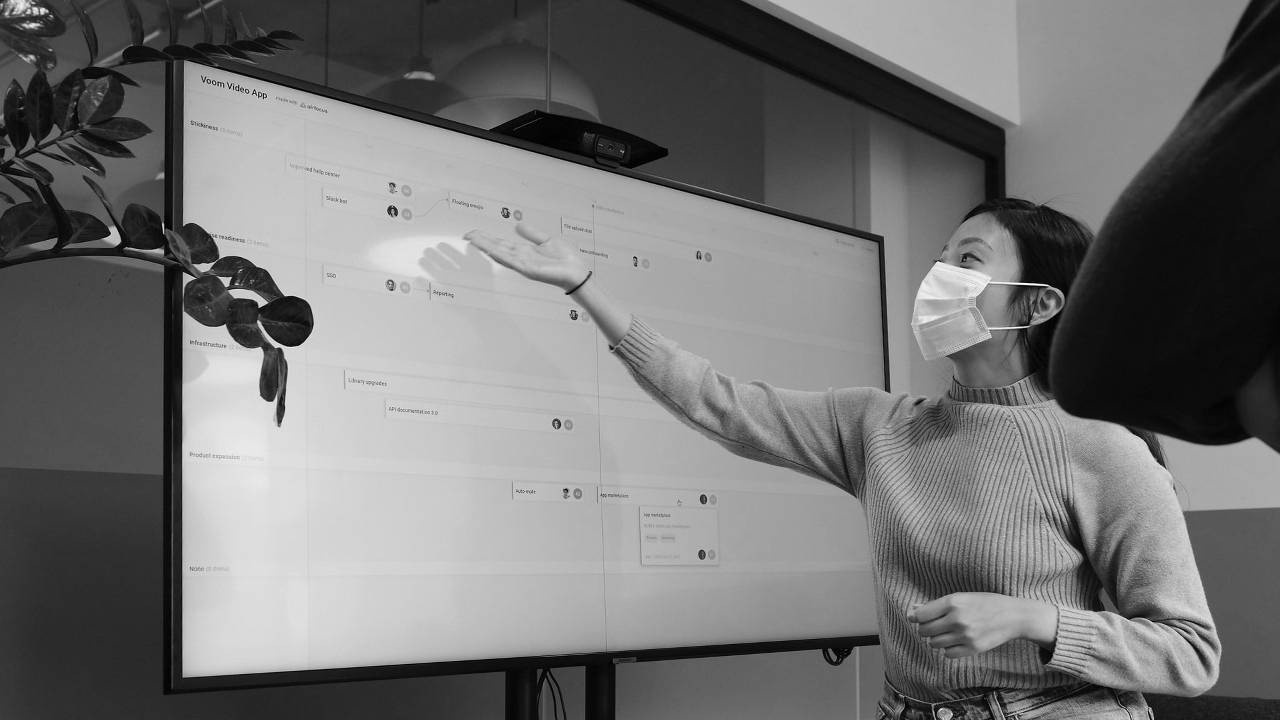 We went to sit in the garden to drink wine and chat.  Her sister scurried about the kitchen as we talked, the smell of simmering spices drifting on the breeze.

I hadn’t seen her for nine years - my time in Australia detaching me from her life of high-end consulting in Europe. A couple of years prior, she’d been approached by a previous client to become Head of Projects - her dream job - so she’d quit her VP role at a major consultancy and thrown herself into it. That’s what we chatted about.

20-odd years before, she’d cut her consulting teeth on a project for this company. It had made her career. She had revolutionised the service offering, producing a system that enabled employees to contribute to the design of the working environment in a dynamic, ongoing way in direct response to their customers’ needs.

If the core customer was a hurried and hassled office worker, design around their needs and behaviours. If a suburban housewife, then around hers. If a high-end executive … you get the picture.

The result of the system was spectacular. Employees were engaged, the bottom line improved, and profits rose. Even better, because the design varied from branch to branch, competitors couldn’t copy it. They couldn’t find a pattern to copy, because the ideas were contextually unique.

Long story short, she became the blue-eyed girl of the consultancy and started on a stellar career.

But it was now different. Her previous client had been through the wringer, all its competitive advantages thrown away. So they hired her back to recreate the magic. But she couldn’t. I asked her why.

She was very precise in her answer. When she was the consultant on the project, she refused to advise until she knew what she was advising on. She would work a night with the night-shift, spend a day with the truckers, work the warehouse, visit different branches and speak to white and blue collar workers about their experiences. She never assumed she could make a good call without knowing how it would impact jobs across the company.

But she couldn’t do it anymore, for two reasons.

Firstly, the consultants the company now employs don’t do that. They are suited and booted, equipped with shiny laptops and digital tools, promising high-tech solutions for all her woes. But never, ever doing the dirty work of finding out what was going on in the messy organisational reality.

Instead, they produced engagement platforms, driven by cutting-edge technologies running on pumped up algorithms aimed at discovering who was disengaged and providing real-time data on what they were doing and how they were feeling.

Or culture surveys aimed at finding out who was thinking what.

They would then proffer solutions on how to sort it out. But these solutions had no context. They were drawn from best practice models about behaviour that had no relationship with the work the people were actually doing. The consultants weren’t interested in examining the contextual complexities of the issues.

Secondly, the employees, who’d got deeply involved with the co-design of the organisation 20-years previously, were a very different bunch. The new employees had been conditioned by years of top-down expectations of behaviour to leave their brains at the door and follow instructions without question. She couldn’t get them to be critical and creative about challenges and solutions.

They were little more than zombies - the working dead.

This frustrated her, because she knew how creative and vibrant they were in their personal lives. They did all kind of interesting things and had all kinds of fascinating hobbies. But conditioned by fear of getting read the riot act for not following orders, they refused to bring those parts of them to the workplace.

There was nothing she could do to encourage them to change that - especially when they were getting more and more surveys and instructions on how to behave thrown at them. They simply retreated further.

Six months later, she quit. Her critical question - what has happened to consultancy? The clean consultants she was working with in her current role were very different from the dirty consulting she did twenty years previously. This is a problem because the future of work requires what she did then, not what the consultants she worked with are doing now. Clean models just don’t cut it.

In 2009, Matthew Stewart wrote a book called The Management Myth, which was divided between critically overviewing the main management theories of the last century and a story about his consulting career. His main point - that very few, if any, of the management consultants he’d worked with had any understanding of these theories and histories.

He includes himself in this. He talks about his experiences as a wet behind the ears consultant, caught like a rabbit in headlights when having to work through the complexities of the issue with no theoretical knowledge to draw from. His critical appreciation of management ideas came after he’d quit the profession.

I’ve seen this for myself, watching horrified as supposed organisational culture consultants flounder in the face of any question originating in social psychology, sociology and anthropology - you know, the disciplines that explain human behaviour in socio-cultural settings. My regular collaborator, Stefan Norrvall, tells me of the time he asked somebody working for a Tier One consultancy what theory underpinned their model, to be told, jaw agape, that it was “international best practice”.

What does that mean? And why are we paying so much money to have such people advise us?

Stewart provides an interesting explanation. Drawing from his own experience, he argues that consulting firms have a phenomenal ability to explain to the client why they are needed. Using an allegory of catching a whale, he shows how the client is hooked and reeled in, until they are convinced they have to buy the solution. Stewart paints a picture of Fagan-like partners cackling gleefully as the next client takes the bait.

Of course, very few consultants are quite so devilishly manipulative. Most genuinely believe that their models are the best thing on the market.

Buy our model, they promise, and all your problems will be in the past. Things will be more efficient, streamlined, and profitable. Sure, a few people might have to lose their jobs in the reorganisation - but we can live with that, can’t we?

They then send in fleets of well-dressed young consultants to deliver it.

What’s wrong with this, you may ask? Well, nothing, if you believe in best practice. The original management consultant was Frederick Taylor, who prided himself in having discovered the “one best way” which would be delivered by “first class men”. These assumptions, made in 1911, are still dominant today. Best practice is today’s “one best way” and recruiters, HR and hiring managers spend months and months searching for today’s “first class men”.

I call this type of consulting clean because the assumptions allow the consultant to avoid dirty work or negative feedback. The model is “proven” best practice. Thus, if the model fails, it is not the consultants’ fault - rather it’s that the organisation doesn’t have the “first class employees” who can deliver the expected outcome. You just have to find those that can. Then everything will be hunky dory.

All responsibility and accountability is abdicated downwards to HR and hiring managers. A very clean solution for everybody but them.

It’s also clean because it can be presented in a shiny manner - lots of colourful slide-decks promising a beautiful outcome - rational, logical, predictable, ordered, manageable. Clean. In today’s world of digital work, the best practice model is a new platform transforming everything you do into a shiny, pixelated reality. Cleaner than ever.

The images drawn by clean consultants are compelling. The client gets a clearly defined vision of a future state backed up by evidence of its efficacy.

But it’s far too often a dud. Things are ignored. The complex differences between the client and the other companies the model has been used on. The differences in size, in market, in demographic, in industry. None matter - because the one best way model is just that - one best way. It will work everywhere for everyone. As long as they keep doing it right and can find the right people to do it.

The dirty consultant has a problem that the clean consultant doesn’t have. It’s a big problem. He doesn’t have an immediate answer for the complex problem vexing the client. He has no flashy best practice model he strongly believes in. No shiny slide deck that outlines a defined future state.

This process is underpinned by a fundamentally different perspective on the world of work. Context is everything. There is no solution that can fit every company all of the time. But there’s always a solution for the problem. It just has to be discovered.

The dirty consultant enters an organisation ready and willing to uncover the dirty reasons for the organisation not performing. This involved two processes - (1) working out where the inefficiencies and absurdities are, and (2) finding out who knows how to solve them.

This is a dirty process because it can uncover all manner of things that can cause emotional and psychological strain.

The dirty consultant tries to find out answers to all these questions and more. Once he maps out the scope of the issue, he then has to start experimenting with solutions. This is also a dirty process.

Firstly, it’s dirty because it can involve speaking truth to power - a delicate process that can result in the immediate removal of the consultant if done without panache.

Thirdly, it’s dirty because the consultant will be borrowing from many different experiential and theoretical domains, twisting and melding models so they can fit the issues. This is cognitively complex and emotionally exhausting.

Fourthly it’s dirty because as the experiments progress, the consultant has to work hard to shut down failures and ramp up successes - a challenging process as it involves killing off people’s idea babies, which can produce tricky to handle psychological responses.

Fifthly, it’s dirty because it initiates a period of change with no clear target to aim at. Change, as we know, causes all number of emotional and cognitive responses, ranging from shock and anger to depression and burn-out. Without a clear outcome, these effects amplify.

Dirty consulting is not easy - so why do it? What’s the advantage?

The Future of Work

The clean consulting model assumes all work can be planned top-down through the application of scientifically designed and measured models. It regards employees as component parts of these models, cogs in the wheels of the machine. Managers are the engineers who can fix the machine either through a reorganisation of work or a replacement of parts.

It is an early 20th Century idea that has run its course.

Dirty consulting assumes that the work is ever-changing, to be created and refined as part of the process of doing the work. The consultant’s role is to add the theoretical rigour that can shape these processes in meaningful and productively helpful ways - and translate these ideas into a language that executives can mould into a strategic vision.

Employees are not seen as component parts of a model or machine, but creative sensors scanning the environment for novel ideas and possibilities. Rather than be moulded to fit the company’s comprehension of how they should work, they create their own patterns and methods. Good organisation and strategic advantage extends from the transmission of their findings into forms meaningful to executives and leaders and applicable to the bottom line.

This is 21st Century work. It’s complex, messy, emergent, creative, innovative and dirty. It’s in its early development stages and can look chaotic to the uninitiated. It’s challenging to traditional practices of leadership, management and organisation. But it’s the future you must embrace to stay ahead of the pack.